The Vincentian Family is made up of organizations that are inspired by the life and work of St. Vincent de Paul. We share a belief that God is present among us, particularly in the persons who suffer poverty

Formally named The Ladies of Charity. In 1617, St. Vincent founded the Confraternities of Charity in Chatillon, France, by organizing the lay women in the parishes to “honour Our Lord Jesus Christ and his holy Mother and to assist the sick poor corporally and spiritually.” Their motto is: “To serve rather than be served” and currently there are more than 250,000 Ladies of Charity, also known as the AIC (International Association of Charity), serving in 42 countries throughout the world.
Visit www.aic-international.org

The Congregation of the Mission (CM)

In 1625, St. Vincent founded his community of priests and brothers to evangelize those living in poverty through words and works, especially those living in the countryside through missions to the people, and the formation of the clergy. Their motto is: “He has sent me to evangelize the poor”, and currently there are about 4,000 missionaries (priests and brothers) serving in 80 countries throughout the world.
Visit http://cmglobal.org/en/

The Daughters of Charity (DC)

In 1633, St. Vincent de Paul and St. Louise de Marillac founded the Daughters of Charity to “consecrate their lives to God and to live in community in order to dedicate themselves to the service of the poor.” Their motto is: “The charity of Jesus crucified impels us.” Currently there are approximately 17,000 Daughters serving in 90 countries around the world.  The Daughters of Charity came to Ireland in 1855
Visit http://filles-de-la-charite.org/

In 1833, Frederic Ozanam, along with his companions, founded the Society of St. Vincent de Paul. Sister Rosalie Rendu, D.C., mentored the founding members in the spirit of St. Vincent and is considered to be a co-founder of the Society. Its purpose and vision is “to follow the Vincentian spirituality of finding Christ in the poor by enfolding the world in a network of charity.” The motto of the Society is: “No work of Charity is foreign to the Society.”
Visit www.svp.ie

Association of the Miraculous Medal

The Association of the Miraculous Medal was founded in Paris in St Lazare, Paris in the late 1830’s.  It gradually spread across the globe. It was  recognised in 1905 by the Papacy and was approved by charter in 1909. The Association aims to promote devotion to Mary, and to participate in Faith Development and Evangelisation.
Visit https://www.amm.org/

Vincentian Lay Missionaries was established to provide a short-term international opportunity for young adults (18-35) to serve those living in poverty, to live in community, and to reflect together on their experience. Vincentian Lay Missionaries collaborate with members of the Daughters of Charity and Congregation of the Mission who serve in Ethiopia and Kenya to organize summer programs for children to improve their English skills and to participate in athletics, drama/music, and craft projects.
Visit http://www.vlm.ie

Depaul Ireland is part of Depaul International.  Depaul International is a global family of charities working with homeless and marginalised people in the UK, Ireland, France, Slovakia, Ukraine and the USA. The Depaul Group is inspired by the values of Saint Vincent de Paul, a major social reformer in 17th Century France. Our approach is tailored to the people, communities and issues in each of these countries. Wherever we work, we do so with common values and the same respect for each person we meet. Depaul’s work ranges from providing safe shelter, accommodation, food and health services to helping people affected by homelessness receive the education, employment and social services they need. Our goal is to empower people who face homelessness, improving their quality of life and helping them stay off the streets for good.
Visit https://ie.depaulcharity.org/

This partnership was established in 1995 as a Vincentian initiative for social and economic change tackling poverty and exclusion. The Partnership consists of: The Society of Saint Vincent de Paul, The Vincentian Congregation, The Daughters of Charity and The Sisters of The Holy Faith. What makes the Partnership distinctive is the Vincentian focus on people who experience disadvantage and the emphasis on doing things together and with, rather than for, people. The majority of the members of these 4 groups are directly involved, on a full time basis, in responding to the needs of people who are poor or excluded from meaningful participation in society. In order to work for changes in the structures which cause poverty and exclusion, it was decided to establish the Vincentian Partnership for Social Justice in 1996. Today the Vincentian Partnership for Social Justice seeks to: Heighten awareness of the suffering and rights of people who are socially and economically disadvantaged. Propose alternative values and structures which help create a more just society. Work for transformation with members of the Partnership and people who are disadvantaged by providing leadership and support. Become actively involved in specific social and economic issues. Network with other groups for greater justice in Ireland and in the world. 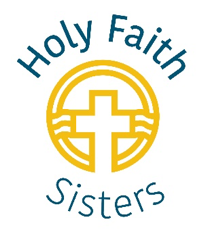 Sisters of the Holy Faith

The heritage of the Sisters of the Holy Faith comes from Margaret Aylward, a Waterford woman. She founded the Congregation of the Holy Faith in Ireland in 1867. As she visited the sick poor in Dublin as a Lady of Charity of St. Vincent de Paul, she became aware of a more urgent need.

The founding ministry of the Holy Faith Sisters in the 1850s was the preservation of the faith of Catholic orphans and destitute children.  Margaret Aylward set up St. Brigid’s Orphanage, which was unique at that time as she pioneered long-term fosterage in Ireland. Today the work of St. Brigid’s still continues but adapted to the needs of our times, as natural parents and children are reunited, when requests are made.

Subsequently, many schools were established to give Catholic education especially to the poorest in society. She also strengthened many family units by giving them the means to start earning a living.

Margaret was blessed to meet Fr. John Gowan, a Vincentian priest, who became her spiritual director and her life-long support and guide when his main ministry became St. Brigid’s and the formation of the new congregation of the Holy Faith.