Calling youth to a fulfilling life of service 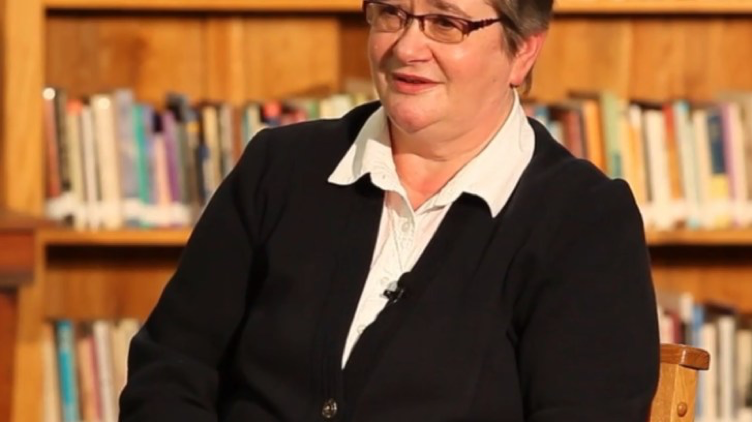 This article, first appeared in the Irish Catholic weekly newspaper, on 27 June 2019

The Daughters of Charity have committed themselves to service and prayer for almost 400 years. In a world of preconceptions of religious life and the Church, the good work they do can often be misunderstood, leading to fewer young women choosing to join.

After 43 years as a Daughter of Charity, Sr Carmel Ryan (63) says she could never have imagined a more fulfilling life. Immediately, she noticed their kindness, humility and “down to earth” quality.”

“I have met and helped people, done things and been places I don’t think I would have been or I would have done if I had not been a Daughter of Charity. I had the privilege of being involved in people’s lives that I never would have been involved in. To me, that makes it very worthwhile,” Sr Carmel says.

It was during her time at the Maria Immaculata Secondary School in Dunmanway, Co Cork, that Sr Carmel first met the Daughters of Charity. Immediately, she noticed their kindness, humility and “down to earth” quality.

Sr Carmel says the sisters were “treated the same with no exceptions and no distinction made between any of them”. During her Leaving Cert year, She shocked her parents when she told them of her plans to join the order. To this day, Sr Carmel says she knows she made the right choice, “without a shadow of doubt”.

As a teacher and school chaplain, she loved watching “the changing faces of the students” as they grew up and helping them find happiness in a world that defines them by their exam scores.

“They came in very immature 13-year-olds, and by the time they’re let out six years later, they had grown up, become adults, and as a teacher, I witnessed that growth and development in each of them,” Sr Carmel says.

When her students faced challenges, she helped them by “treating them as human beings, not just people who were sitting exams at the end of three years or two years. It was encouraging them to live full lives outside of school and within school… to see life is more than just the exam results and getting on well”.

Despite the joyful aspects of life as a Daughter of Charity, Sr Carmel says her constant exposure to tragedy often made her question her faith.

However, the strength and support from her community and faith help her overcome these obstacles.

“It’s taking that step back and being reflective with prayer,” Sr Carmel says. “Sometimes just sitting and then listening and trying to be aware of the presence of God in life, even amidst that poverty or violence or whatever it is.”

Unfortunately, fewer young women join the Daughters of Charity every year. This is a difficult reality to face, especially for Sr Carmel who is the Director of Vocations.

“There [are] a different combination of things that are challenging to them [young women],” Sr Carmel says. “I think there is a concern around lifelong commitment; I suppose their fear is not being able to live the life of the religious Daughter of Charity. Sometimes it is the role of Church in society or the perceived role of the Church and their fear of how they will be perceived as an active member of the Church.”

If young people could only see beyond what society tells them about religious life in the Church, Sr Carmel says they would have numerous opportunities to travel the world, helping and connecting with others.

“It is also about people really knowing who we are, not just the kind of misunderstood preconception or presumption of who we are and what we do. It is about getting the real story of the Daughters of Charity and people being aware of who we are as human beings, who we are in the Church and our role in society,” Sr Carmel says. “It is a challenge, but more than that it is a privilege, and we always receive much more than we ever give, and that’s an exciting way to live.”

Through her many decades as a Daughter of Charity, serving as a teacher, chaplain and relief worker, Sr Carmel feels grateful for every experience and interaction. She says she could never give more love than she has received.