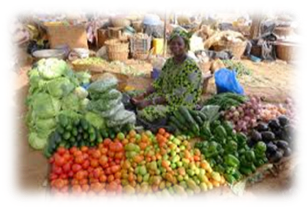 “Christian spirituality proposes a growth marked by moderation and the capacity to be happy with little. It is a return to that simplicity which allows us to stop and appreciate the small things, to be grateful for the opportunities which life affords us, to be spiritually detached from what we possess, and not to succumb to sadness for what we lack.”  222 Laudato Si

When I reached my mission in a remote, mountainous village in Kenya 15 years ago I was impressed by the moderation in all things and the contentment of the people. This was probably a result of the culture as well as the geographical location far away from any big market. In fact it was rare for people to go to a big market town, especially for women. Televisions were not available to display and advertise the outside world. There was no litter in the town, not because rubbish was collected, but rather every container was too precious to be discarded. In a short while I   began to feel very rich with so much stuff, relative to my neighbours.

Six years later when I moved to the edge of Kitale town and my neighbours lived in slum like conditions the feeling of richness intensified. What must it be like to eat just once a day because of poverty due to unemployment and lack of resources, and to depend on your neighbour for water and a toilet? In Kitale people knew much about the outside world, a world beyond reach, through television. It is easy to understand why people want to migrate to a longed-for better life.

When I go to the supermarket, I wonder who the other shoppers are and the source of their income. It annoys me to see products that would be easily processed in Kenya imported from other     countries like beans or honey from Australia, mayonnaise from America and rice from Asia. Recently, I saw Cola from two Kenyan companies which is hopeful, however, Coca Cola was displayed much more prominently. I certainly subscribe to the statement of Pope Benedict XV1 that “Purchasing is always a moral – and not simply an economic act.” 206 Laudato Si.

Pope Francis tells us that “ Only by cultivating sound virtues will people be able to make a selfless ecological commitment” Here the media have a very significant role to play in engaging particularly young people around the lifestyle of people in the developing world where most of the negative effects of ecological changes are experienced. I think virtues grow out of experience and not in a vacuum so the more experiences of solidarity that can be                  facilitated the better.

I often say I can only live in one world at a time. My lifestyle in Kenya is motivated by solidarity with the Poor, whereas when I go on leave my responses to, at times unrecognised affluence, can   determine my choices. Will the two worlds come together some day in a great simplicity and a renewed care for ‘our common home’? Can we begin to understand and depend on a provident and loving God. Let us work and pray for that.