Cork woman shares story of her time at the UN 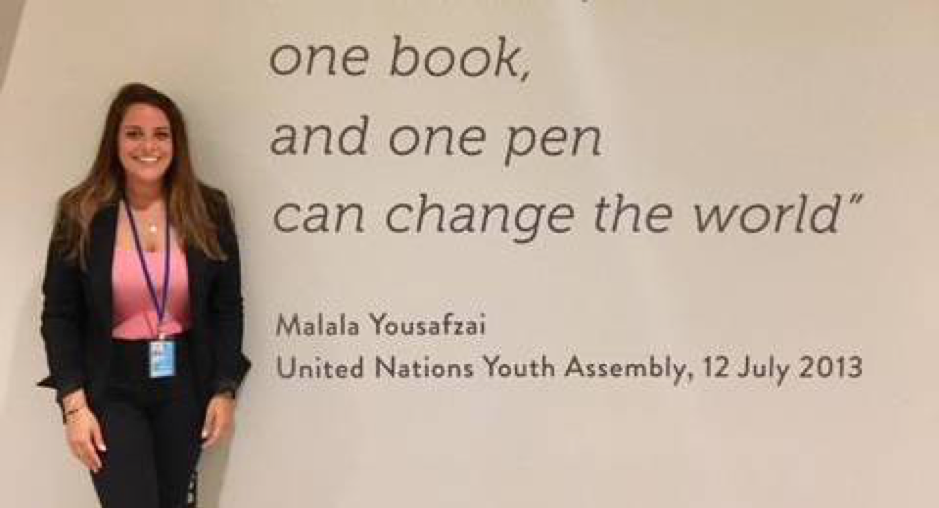 SITTING here in the Daughters of Charity NGO Office, between 2nd and 3rd avenue in New York City, it’s hard to believe that a months-long internship with the Daughters at the United Nations has almost come to an end.

All my life, I have been aware of the Daughters’ work through my involvement with my home parish in Knocknaheeny/Hollyhill. There I have observed their deep commitment to, and creativity in, serving the local community. But I had wondered how they make a difference on a global scale. This month-long opportunity answered my question.

History of the Daughters of Charity

In 1633, the Daughters of Charity were founded in Paris, France, by St. Vincent de Paul and St. Louise de Marillac. Deeply concerned with the poverty and suffering surrounding them, they brought together a group of young women who shared their dedication of helping the poor and the sick. These first twelve peasant girls were unlike other Sisters at the time in terms of both social and economic status and their desire to live and work among those in need. This challenged conventions when Sisters predominantly lived cloistered lives with less interaction with individuals suffering in the streets.

Daughters of Charity were established with a progressive spirit to change the nature of service — working and living alongside the poorest and most abandoned individuals to provide immediate aid. Humility, simplicity, and charity in their devotion to Christ and those in need, defined their way of life. Today, all Daughters carry on these traditions. Rooted in these progressive foundations, they live a life focused on helping those in greatest need — reaching and empowering the poor and sick, sharing their faith, and advocating for change globally.

In Cork, the Daughters of Charity have strong links with the people. Primarily from a nursing background, they gave excellent care to patients at the North Infirmary Hospital over many years. They also provided social and pastoral care to the people in the parishes of Sunday’s Well and Knocknaheeny/Hollyhill.

I have had the honor of living and working closely with the Daughters of Charity since I was a child in my own parish and will be forever thankful for their friendship. Over the years, I have observed many sisters supporting people in the parish of St. Mary’s on the Hill.

I have always admired the work the sisters do in their local communities. These women give their lives totally to the needs of the communities in which they serve and, in my experience, are fondly regarded and respected by those with whom they engage.

Working in the United Nations

For some weeks now, I have lived among them in New York City and observed the work they do first hand, which has been an amazing experience.

The Daughters of Charity are one of many non-governmental organisations who represent people and issues at the United Nations. They work with other organisations such as the Congregation of the Mission, the Sisters of Charity Federation, the International Association of Charity, and the Society of St. Vincent de Paul. They are constantly in contact with people from the grassroots and they bring stories and real concerns to people representing us at the UN. Their communication, networking, and commitment to getting the work done are truly admirable.

My role at the UN has been as an intern with the Daughters of Charity. I have been delighted to integrate my experience as a secondary school teacher based on the Northside of Cork City, into the NGO work at the UN. For example, I was able to help analyse a global survey about inequalities for the NGO Grass Roots Task Force. (Inequalities are referenced in Sustainable Development Goal 10, which is one of several SDGs for which some countries will be reviewed at the UN in July).

In addition, I shared my experience as a teacher and a home school community liaison coordinator with the Daughters of Charity Seminary sisters on June 20. As an HSCL (home school community liaison) coordinator in a DEIS (Delivering Equality of Opportunity in School) school I can see the needs of many families across Cork city and, after hearing what other people in the world deal with, I understand now more than ever how lucky we are to have this position in our schools. We are also so fortunate to have free education in Ireland.

Homelessness and the United Nations

The Daughters of Charity are collaborating with others to raise awareness at the UN about homelessness. I was able to speak at some grassroots meetings at the UN about the effects of homelessness on families in Ireland. I also spoke about projects we have in Cork that are successful in helping people who are homeless. I can also appreciate Cork charities as the Society of St. Vincent de Paul, Cork Penney Dinners, and Feed Cork as models of good practices in addressing some of the issues I encounter as an HSCL.

It has been so interesting to learn about the different levels of homelessness here at the United Nations. For example, refugees in war-torn countries, persons experiencing street homelessness in New York, and the phenomenon of family homelessness. However, the NGOS at the UN are really making this issue a priority at the UN.

The primary way the Vincentian family is raising awareness about street homelessness is through the Working Group to End Homelessness. This is a collaboration of various NGOs to advocate for an end to homelessness. The group worked hard to have homelessness named as a priority theme for the upcoming Commission for Social Development scheduled for February at the UN in New York. They are networking with various UN agencies, member states, and civil society to get nations to count the number of persons who experience homelessness and then to address homelessness. They have also created a document which links homelessness to each of the UN’s 17 Sustainable Development Goals.

In CSPE we cover seven concepts – Rights and Responsibilities, Human Dignity, Stewardship, Development, Democracy, Law and Interdependence. This subject encourages students to study the world around them, a world which is changing and moving at warp speed. But students need to be prepared for this; they need to understand how their choices affect others in the world, how local government works, how to reduce their carbon footprints, how to vote, and how to spot fake news. They must be prepared to participate at the local, national, and global levels, based on their understanding of human rights and social responsibilities.

Reflection on my Experience

So what have I learned from this experience? I have learned of the importance of nations working together to solve global problems, such as global warming and homelessness. And that faith-based organizations are diligently collaborating and speaking up at the United Nations for persons at the grassroots.

I also learned that the Irish continue to have an impact on the United Nations. In example, former Ambassador David Donoghue’s work at negotiating the Sustainable Development Goals and current Ambassador Geraldine Byrne-Nason’s two terms as Chair of the Commission on the Status of Women.

The Cork Association of New York continues to do good work for the Irish in New York, as well as, supporting various charitable events back home in County Cork. The current President of the Cork Association of New York is Gary Power, a young, energetic, professional Corkonian who has taken over as President of the association. His mother, Mary is a native of Grenagh, Cork and was a past president of the association and his father, Tom is from Killeagh originally. Gary has committed to this role, supported by his wife Jamie and their son, Liam.

I’ll return home to the banks of the Lee a young woman having learned so much as an intern, but also so proud of myself that I set off on this adventure and really made the most of every moment. I was delighted to bring a touch of Cork to the United Nations.