Creation cries – but are we listening? 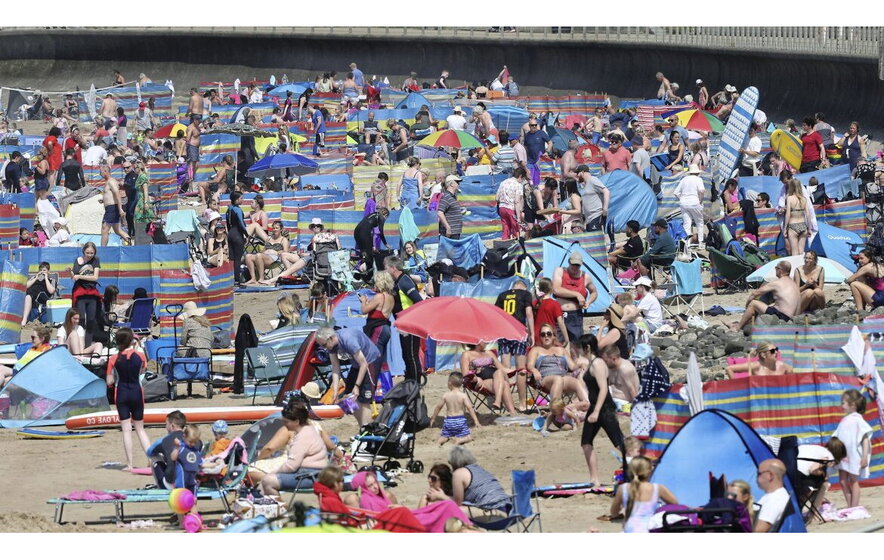 As autumn begins to take hold, the summer heatwave of just weeks ago might already be fading from memory. Yet it has never been more important that we listen to what the environment is telling us, says Down and Connor group Ephata Laudato Si’, which is inspired by the message of Pope Francis’s ‘creation’ encyclical

Crowds flocked to beaches, including Portrush in Co Antrim, in July, during one of the summer’s heatwaves. While the warm weather is welcome, many also believe it is a result of man-made climate change. Picture by Margaret McLaughlin 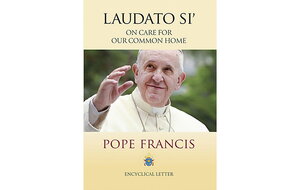 Pope Francis put environmental concerns at the centre of his agenda in his 2015 encyclical Laudato Si’, On Care For Our Common Home

EACH year the Catholic Church marks the season of creation, running throughout September and ending on October 4, the feast of St Francis of Assisi.

The season, and the link between God, humans and the environment, are particularly important to Pope Francis. He established September 1 as an annual World Day of Prayer for the Care of Creation and devoted his second encyclical, Laudato Si’ – ‘on care for our common home’ – to the issue.

The theme of this year’s season is ‘Listen the voice of creation’ – which begs the question of whether we are not only hearing what our planet is telling us through, for example, extreme temperatures and rainfall, but also acting to address human impact on the environment.

In Laudato Si’, Pope Francis describes our common home as a “sister with whom we share our life”, a sister in distress who needs our help.

Calls to take notice of the damage we are doing to our precious home abound from a myriad of sources, both religious and secular.

Yet we are often indifferent – a ‘so-what’ mentality has become the norm for many. Since there seems to be no magic solution we choose not to hear the cry…

Listening to a person is not just a physical act of sensing sound, but is an engagement of the whole person with the heart and is an act of love and respect.

The challenge of ‘listening to the voice of creation’ requires a type of deep listening in our busy world that is often absent for many today.

During this season set aside by Pope Francis we are invited to “a type listening that is more than just hearing”.

This listening demands that we take action – even by making one small change in the way we interact with our common home will make a difference.

Scientists have evidence that we are warming the earth and we’re not reacting quickly enough to avoid the damage, let alone to begin to repair the damage that we’ve done.

We’ve already been told that some of the damage is irreparable, so we’ve got to think and we’ve got to act – and ‘Listen to the voice of creation’. We have got to think of others; our children and grandchildren will have to live in this damaged world; the poor in developing countries face lack of water causing dry lands not capable of growing food.

But what can we do? Firstly, we are invited to pray. “It is not an optional or a secondary aspect of our Christian experience,” says Pope Francis in Laudato Si’. It is, one might say, ‘living our faith’.

Secondly, we need to work together to find solutions to, for example, cut our consumption of oil and gas – much on our minds at present, with the cost-of-living crisis – and reduce food waste.

Planning the weekly shop, so that the amount of food ending up in the waste bin decreases week by week, is a way to mitigate global warming. When food decomposes it gives off methane – a gas also which contributes to global warming.

Changing how we travel by walking more, sharing cars and taking public transport reduces the consumption of energy and burning of fossil fuels.

True listening is done with the heart, from the heart. And then we can hear in the voice of creation a kind of dissonance: a sweet song in praise of our beloved Creator, as well as an anguished plea, lamenting our mistreatment of our common home.

Listening to these anguished cries will, hopefully, encourage us to become aware of what is happening to our world.

We are without doubt reaching a tipping point in our world where ‘our sister Earth’ will not be able to recover. Now is the time to really heed the theme for this Season of Creation and to act on it.

St Augustine’s advice is worth considering: “Do not have your heart in your ears, but your ears in your heart.”