Lives Lost to Covid-19: Dan Moore dedicated his life to helping others in need 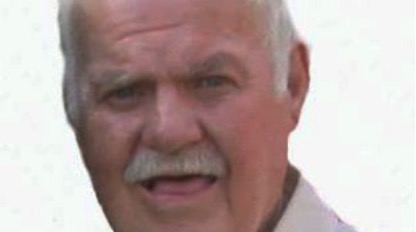 This article is one of a series (in the Irish Times) about people who have died with coronavirus in Ireland and among the diaspora. email  liveslost@irishtimes.com

Dan Moore was a civil rights campaigner and charities activist who strongly supported peace and reconciliation in Northern Ireland and dedicated his life to helping others in need.

Born in Newry in 1939, Dan was the third of 10 children born to Ena and Mick Moore who lived on the Drumalane Road. Dan and his siblings enjoyed a happy childhood living on a small farm where the family were “pretty much self-sufficient”, remembers his brother Tom. “Both my mother and father were very hard working and we were well looked after. We had our own cows, our own milk and butter, we had pigs too.”

Their father Mick, who worked as a docker at the quay in Newry, came from a staunch Republican background and always raised the Irish Tricolour above the family home at Easter. Inspired by his father’s politics, Dan got involved in IRA activity and was arrested and spent about two years in Belfast’s Crumlin Road Gaol in 1956 for carrying IRA manifestos. Following the 1956-62 “Operation Harvest” Border campaign, Dan supported the decision by some IRA members to move away from physical force and support non-violent means to realise their goals.

He went on to become a founding member of Newry’s branch of the Northern Ireland Civil Rights Association and acted as chief marshal at its first civil rights march in January 1969. That year, as civil unrest was spreading across Northern Ireland, Dan suffered life-threatening injuries after rescuing a friend from a burning building. “People had taken shelter from the police and B-Specials in a disused tax office somewhere in Newry,” recalls Tom. “Others didn’t know there were people inside, just saw it as a tax office and lobbed a petrol bomb in. Dan went in where he found a man screaming. He crawled out with him on his back and was in hospital for three months with burns. “That was the Dan I always knew – someone who was strong, who you could trust and someone I always looked up to.”

Once he had recovered, Dan moved south of the Border “to mentally recover from the whole thing” and worked in bars around Waterford, Wexford and in Dundalk. In 1972 he met, fell in love with and married his wife Noreen.

Dan had hoped to return to Newry but his wife was very connected to her Dublin roots so the couple settled in a home facing on to the Royal Canal at Richmond Crescent in Dublin’s north inner city.

Given his own and his father’s interest in horses, Dan became a member of the Irish Draught Horse Society while immersing himself in volunteer work at his local St Agatha’s Parish and with a number of local charities. He spent some years working with young people affected by addiction through the Merchant’s Quay drugs project and worked closely with the Daughters of Charity and the St Vincent de Paul Society to help set up the Rendu Apartments initiative which provides housing to women and children experiencing homelessness. He also helped set up the Money, Advice and Budgeting Service to support people on dealing with debt issues.

Watching the Troubles unfold north of the Border was a constant weight on Dan’s mind and the 1977 murder of a Newry businessman and wholesale grocer called Robert Mitchell in the hallway of his home in front of his two elderly sisters almost pushed him over the edge.

“He was very much against what the Provisional IRA were doing and saw it as pure sectarianism. He was sorry and disgusted to learn about so many killings but there was one particular murder, of Bob Mitchell, that stayed with him. I remember him calling me after and asking ‘how bad are things going to get before people notice what’s happening?’”

Dan strongly supported the Belfast Agreement and hoped it could bring about lasting peace in the North. His last public appearance was in January 2019 when he took part in the 50th anniversary of Newry’s first civil rights march. “Dan had a bad fall and was in a wheelchair but he wanted to come down for it. So I wheeled him in the march and he was happy.”

Dan had started developing dementia in recent years and was admitted to hospital in January after suffering a number of infections. He was due to be released for rehabilitation when he tested positive for coronavirus and died on February 8th, 2021.

His wife Noreen was the last person to speak with him when she visited the hospital the night before his death. Determined to be buried in his native Newry, Dan had already purchased a plot in the local graveyard as the family grave was filling up. His funeral Mass was held in the Drumalane Chapel while his own St Agatha’s Dublin parish held a special requiem Mass following his burial in Newry.