TIME TO HEAL THE WORLD by Angela McMullan 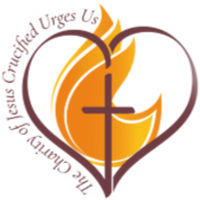 In May 2015 Pope Francis published his Encyclical Laudato Si for the 1.2 billion Catholics around the world. Yet six years later only a small percentage of them have read it or indeed know anything at all about it.

The first part of the encyclical explains how and why our earth and the majority of its population are suffering. Pope Francis outlines how as a result of the “globalisation of indifference” whole species are disappearing for ever, never to be seen by our grandchildren. He states that this is due to our consumerism which has made us a ‘throwaway society” where even the “cry of the earth and the cry of the poor” fall on deaf ears. We must ask ourselves what kind of world we want to leave for those who follow us.

The encyclical is not just about climate change, it is much broader. But it explains climate change as a largely human made symptom of what is wrong in the world today, including economic and social injustice. The key as stated by Pope Francis is “integral ecology” i.e that people and planet are part of one family where the earth is our common home. Pope Francis calls for an “ ecological conversion” whereby we connect our relationship with God and the world around us.

It was no accident that Pope Francis chose his papal name in honour of St. Francis of Assisi. The title Laudato Si, or Praised be you, is a reference to St. Francis of Assisi’s 13th century Canticle of the Creatures poem. St.Francis reminds us that our common home is like a sister with whom we share a common life and a beautiful mother who opens her arms to embrace us. Our earth is “a caress from God” and in the encyclical we are urged to view the world and its beauty with ‘awe and wonder”. Who among us at some time or other has not stopped to marvel at the beauty of a rose in full bloom or the majesty of a waterfall cascading down a mountainside. But we have taken our beautiful earth for granted. It is our most precious gift yet in the words of Pope Francis “ it is looking more and more like an immense pile of filth”.

It follows then that if we value and appreciate something we will care for it and cherish it. To this end the Season of Creation is an annual celebration of prayer and action for our common home. Together the ecumenical family around the world unites to pray for and protect God’s creation. This celebration takes place from September 1st , the World Day of Prayer for Creation until October 4th, the feast of St. Francis of Assisi. The theme this year is “Restoring our Common Home”. The season of Creation is our chance to make a difference as individuals and communities. We cannot turn our backs on our earth and pretend any longer that the world is facing a monumental crisis. It is a time for prayer and reflection as well as practical action.

The Pope doesn’t mince his words. He states that “rampant individualism” and the “self-centred culture of instant gratification” are destroying our planet. In Laudato Si he asks us what is the purpose of our life in this world? Why are we here? What is the goal of our work and all our efforts? What need does the earth have of us? He states that it isn’t enough to pay lip service to our concern about future generations. “Leaving an inhabitable planet to future generations is, first and foremost, up to us now”. If we do nothing he continues that “we may well be leaving to coming generations debris, desolation and filth. The present pace of consumption, waste and environmental change has so stretched the planet that our present lifestyle will only precipitate catastrophes”.

We see this happening already. In the month of July we have seen globally the effected of climate change. We have witnessed devastating wild fires in the USA, Canada and most recently in Greece and Turkey. Added to that we have seen the truly awful devastation of floods in China and India. Our “not in my back yard” attitude is coming home to bite here locally too. In July we had the highest temperatures ever recorded and followed by localised flooding. We cannot ignore what is happening all around us.

Our planet is in crisis. The pandemic has highlighted that we are all affected by what happens to our earth and its people. However, for a few brief months the earth was able to breathe again when factories stopped billowing out toxic pollution into the atmosphere. The air became cleaner and clearer. People could breathe and slow down and look around them and see the beauty of creation. We didn’t use our cars. We became resourceful and grew things and cared about the wonders of nature. Sadly it hasn’t lasted long.

In November world leaders come together for the United Nations Climate Change Conference (COP 26). It is hoped that Pope Francis himself will attend. He will, no doubt , have hard hitting words for our world leaders. But it is not just down to them. Each and every one of us has a personal responsibility for our own part of the environment. For many of us consumerism is “ the spice of life”.

Our earth is groaning under the weight of our indifference. Turning off lights, turning off taps and lowering our heating by one degree may seem little but with a global effort it can make a huge difference. In our parishes we can make better use of our green spaces and use them to plant trees or grow wild flowers. We can walk to church instead of driving . We can cut out meat once a week . These are all small , seemingly insignificant, changes. But change begins with small steps and many small steps make a marathon. It is time to change locally and think globally before it is too late. We have over-used and over-developed. It is time to protect and cherish our planet before we leave “a wasteland of desolation, debris and filth’. We need to restore our common home.