A few years ago out of my prayer I wrote some lines of verse that say something of how I experience my own call, journey. I will use the first lines here to introduce myself.

I am a woman 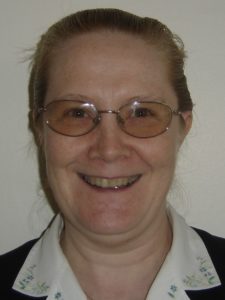 Born in Belfast the eldest of a family of four, three girls and one boy where from an early age I learned the importance of story, prayer as a personal relationship with Jesus and encountered many instances of justice and injustice.  Both primary and secondary school was with the Dominican Sisters after which I studied physics and maths in TCD.  Within the faith community of St Michael’s, Dún Laoghaire, where I lived, I recognised a resonance between the deepest longings of my own heart and the thrust that the mentor of the Folk Group, Vincentian priest Brian Magee, brought to it.

As a Daughter of Charity, engaged mainly in administration both in hospital and at provincial level, I also trained as a Spiritual Director. I have a particular interest in bringing spiritual direction to people who are poor and/or marginalised and in encouraging young people to experience and avail of it.  Currently I work part-time in the Office for Evangelisation and Ecumenism expanding the Weeks of Guided Prayer in the parishes across the Dublin Diocese.

Life as a Daughter of Charity has had it’s ups and downs, however despite, or because them, has been and continues to be life-giving, fulfilling and enjoyable – I wouldn’t change it.