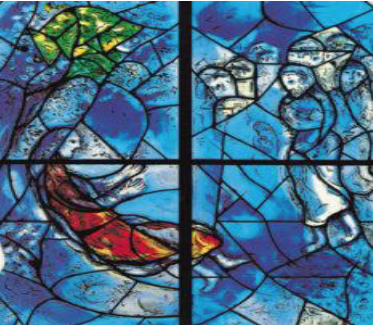 When a group of people has been collaborating occasionally for decades, it might sound impertinent – or indeed redundant – to suggest they meet to work through 5 modules on collaboration! BUT – and this is what’s wonderful about reviewing and revising our mission to be “contemplatives in action” – new ground can be broken, new seeds can be sown, and new harvests anticipated! Be Prophetic!

Sister Bernadette McMahon DC, Ireland is one such prophet.

She would be amused yet intrigued enough to question why I would liken her to Deborah (Old Testament, Judges 4:5).

Like Deborah, Sister excels in multiple areas and with great love and respect blends the role of prophet, national leader and military commander.

Sister Bernadette McMahon DC, Ireland is one such prophet.

She would be amused yet intrigued enough to question why I would liken her to Deborah (Old Testament, Judges 4:5).

Like Deborah, Sister excels in multiple areas and with great love and respect blends the role of prophet, national leader and military commander

Yes! Sister’s research campaign, as a member of the Vincentian Partnership for Social Justice, conducted with military precision, has been recognised nationally and internationally as being highly effective in collaborating in the collection and judgement of data to demonstrate food poverty. The rigour of the qualitative and quantitative is accepted at Government level.

‘The welfare system is not “working” for thousands of households living in poverty, and radical change to systems is needed, Minister for Social Protection Regina Doherty has said.

The Minimum Essential Budget Standards (MESL) for six household “types”, in rural and urban settings, is calculated annually by the Vincentian Partnership for Social Justice. The adequacy of welfare payments to meet this is assessed, with shortfalls recorded as “adequacy gaps”.’

When I consider too the promotion of lay leadership in collaboration, I recognise Richard Rohr’s maxim that ‘prophets, by their very nature,

cannot be at the centre of any social structure. Rather, they are “on the edge of the inside”. Sister Bernadette has led and managed the Vincentian Partnership for Social Justice in Ireland (VPSJ)– a collaboration of some of the Vincentian Family branches in Ireland since 1995.

Since I facilitated the first part of the Vincentian Family Collaborative Action Programme (VFCAP) on 29th June 2019, Sister noted that the newer Branches e.g. Depaul and Vincentian Lay Missionaries, to ensure the VPSJ truly inclusive, should be invited to join. Happily “new seeds can be sown”.

Sister’s leading edge is ; Matthew 5:17 ‘Do not imagine that I have come to abolish the Law or the Prophets. I have come not to abolish to but complete them.’ This is what Martin Luther King Jr. taught the United States, what Gandhi taught British-occupied India, and what Nelson Mandela taught apartheid South Africa. Prophets all – rule breakers all -scrutinising unfair practice and applying the change from inside.

8 of the 9 Faces of the Vincentian Family in Ireland. The VPSJ is the 9th.

Vincent’s model of social and spiritual care directly influenced their foundation and inspiration as he challenged both Church and State to see Christ in the poor by serving them materially and mystically. Today, all the 150 plus branches of the global Vincentian family, in 173 countries, work fervently in the alleviation of poverty. But the challenge remains: how can we be more effective, and how can we better serve those in need in the 21st century?

To address this challenge; to inspire and to form those involved, The Vincentian Family launched the Vincentian Family Collaborative Action Programme (VFCAP). These training modules animate members of different branches to work together progressively in the service of the poor.

Training is delivered by volunteers; graduates of the programme, who are actively involved in collaboratively working through their own branch of the Vincentian Family.

VFCAP has been very successful, reaching a total of 751 participants from 26 branches of the global Vincentian Family in 23 different countries over 6-year period (2018 data). Impact is immediate, with National Councils being formed and social projects materializing. The creation of this joint collaboration emphasizes individual personal development where branches work with others on projects to alleviate poverty, within the Vincentian vision and values.

SO – the Vincentian Family Collaboration Commission continues to make an impact on well established collaborations. Its always wise to review and revise our Mission;

1. Talk with your own Branch leaders about the VFCAP.

2. Ask about the work of other Vincentian Branches.

3. Suggest collaboration to strengthen your mission.

4. Contact the Vincentian Family Office if you want a VFCAP.